This third instalment follows the Jackson commune as they gather supplies and reinforce their camps in order to endure a bitter winter in Wyoming. Elsewhere, other factions are beginning to form – though not all of them pleasant. 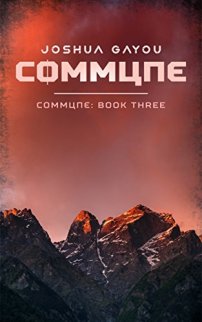 Commune: Book Three contains a brief recap of the second book. I appreciated this because I hadn’t read the previous book in a while, and it conveyed that this series is dramatic and episodic, like a television series.

Once again, some new characters were introduced, adding to Gayou’s ever-expanding world. His ability to write about so many characters and settings with increasing depth and creativity is impressive, and I think Gayou’s talent improves with each instalment.

Characters, I think, are really the focus of Commune:…